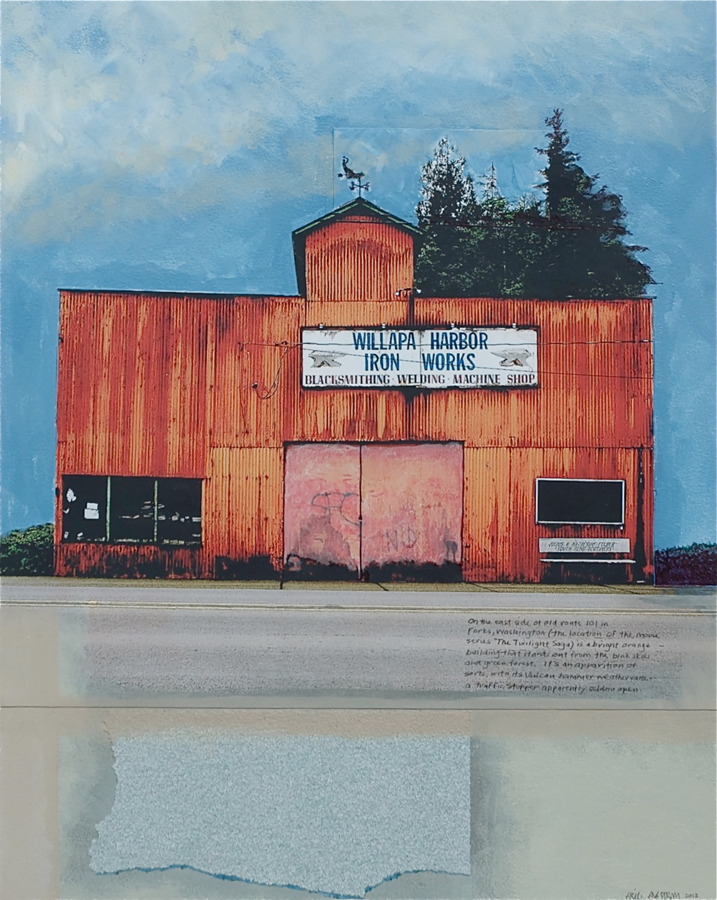 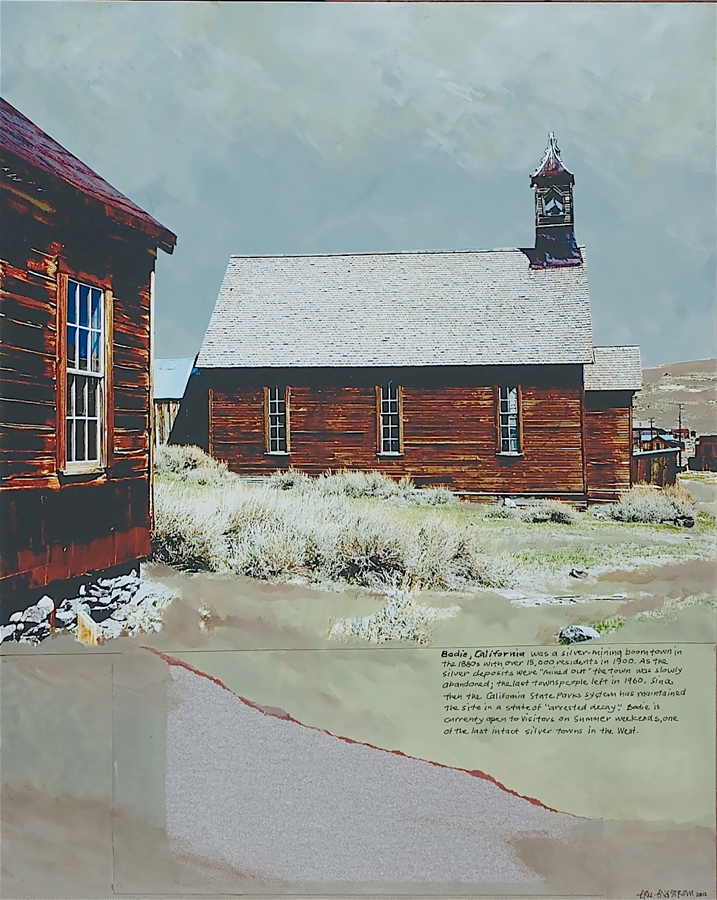 Eric Engstrom’s new exhibition includes works by his late father, original art and photography from throughout his long career, and new mixed media. Eric is now exploring the story behind each image, and writing captions and historical information directly on the art.  In this way both the visual and verbal content expands the meaning of the subjects he has chosen.

Fascinated by the evolution from two-lane primary routes to six-lane Interstate highways in the 1960s and 1970s, Eric has photographed hundreds of buildings and “roadscapes” on back roads and old main routes.  Since the turn of the 21st century, He has discovered and photographed a rich trove of interesting buildings and landscapes.  Eric has continued to use his photographs of the American roadside as a basis for his innovative mixed-media collages