Last week, the Myanmar military arrested Htein Lin, a renowned Burmese artist and dissident whose art was shown in an exhibition entitled “Speaking Out” at Gallery Route One in March and April of 2018. Htein Lin was detained with his wife Vicky Bowman, a former British ambassador and human rights activist, and sentenced to one year on trumped up charges of violating immigration laws.

“Speaking Out” featured nine contemporary Burmese artists whose art explored a range of human rights issues, including civil conflict, repression, displacement, and environmental exploitation. The artists continue to live and create art and under the military dictatorship.

Previously, Htein Lin had spent more than six years in the infamous Insein prison for his activism until his release in 2004. During that time, he smuggled out hundreds of paintings and sculptures that he secretly created in his prison cell. Htein Lin’s wife heads the Myanmar Center for Responsible Business, an organization she founded in 2013 to encourage companies to adhere to international human rights standards.

For more information about Htein Lin and Vicky Bowman and other detained activists visit Assistance Association for Political Prisoners (Burma). 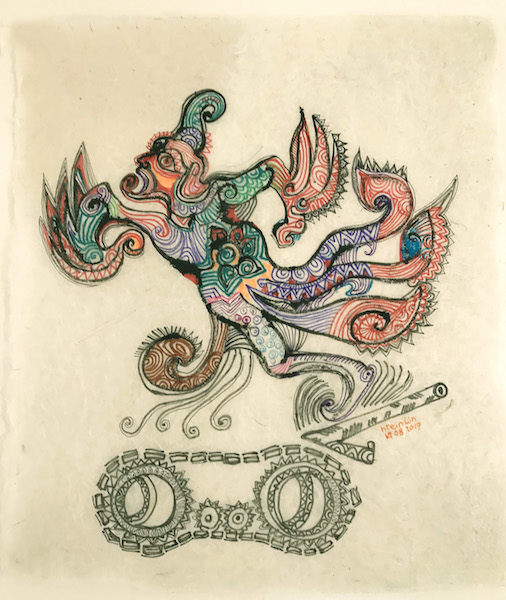