In Memory of Andrew Romanoff

Andrew Romanoff was a founding member of Gallery Route and one of West Marin’s most remarkable community members.

Andrew, also known as His Highness Prince Andrew Andreievich Romanov, was grand-nephew of the last Tsar of Russia. His family was related to the British Royal Family and at the time of the Russian revolution they were invited to live in the guest cottage on the grounds of Windsor Castle, where Andrew and his two siblings were raised. At the end of WWII, Andrew came to the United States. He studied at UC Berkeley, lived and worked at various jobs in San Francisco, before finding his way to West Marin, where he married his third wife, the artist Inez Storer, and lived in Inverness for the rest of his life.

Andrew Romanoff was not only a founding member of Gallery Route One, but an active participant in the organization until just a few years ago. His exhibitions of “shrink art” were special events. He was a kind, thoroughly unpretentious person with a mischievous sense of humor which he expressed by making unique “shrink art”. Shrinky-dink is a child’s art medium of plastic sheets that accept ink marker drawings. When the sheets are heated in an ordinary oven they shrink and become shiny. Andrew turned this toy into an art medium. He often used newspaper articles and photos as the basis for gently — sometimes sharply– satiric artwork. His “shrink art,” mounted on painted wooden panels, was humorous, primitive and sophisticated at the same time. The tiny panels unforgettably expressed Andrew’s view of this world’s absurdity. Eventually he created a book about his early life entirely illustrated by shrink art, “The Boy Who Would Be Tsar,” published through G16 Gallery in San Francisco and available at GRO as well as G16.

In 1990 GRO members held exchange exhibitions with a group of unofficial artists of Leningrad (now St. Petersburg). Andrew joined GRO artists traveling to Russia, accompanying GRO’s exhibit in Leningrad. He had never before been to Russia. He and his wife Inez Storer, returned to Russia several times after the fall of the Soviet Union and he received recognition as a member of the Romanov royal family. 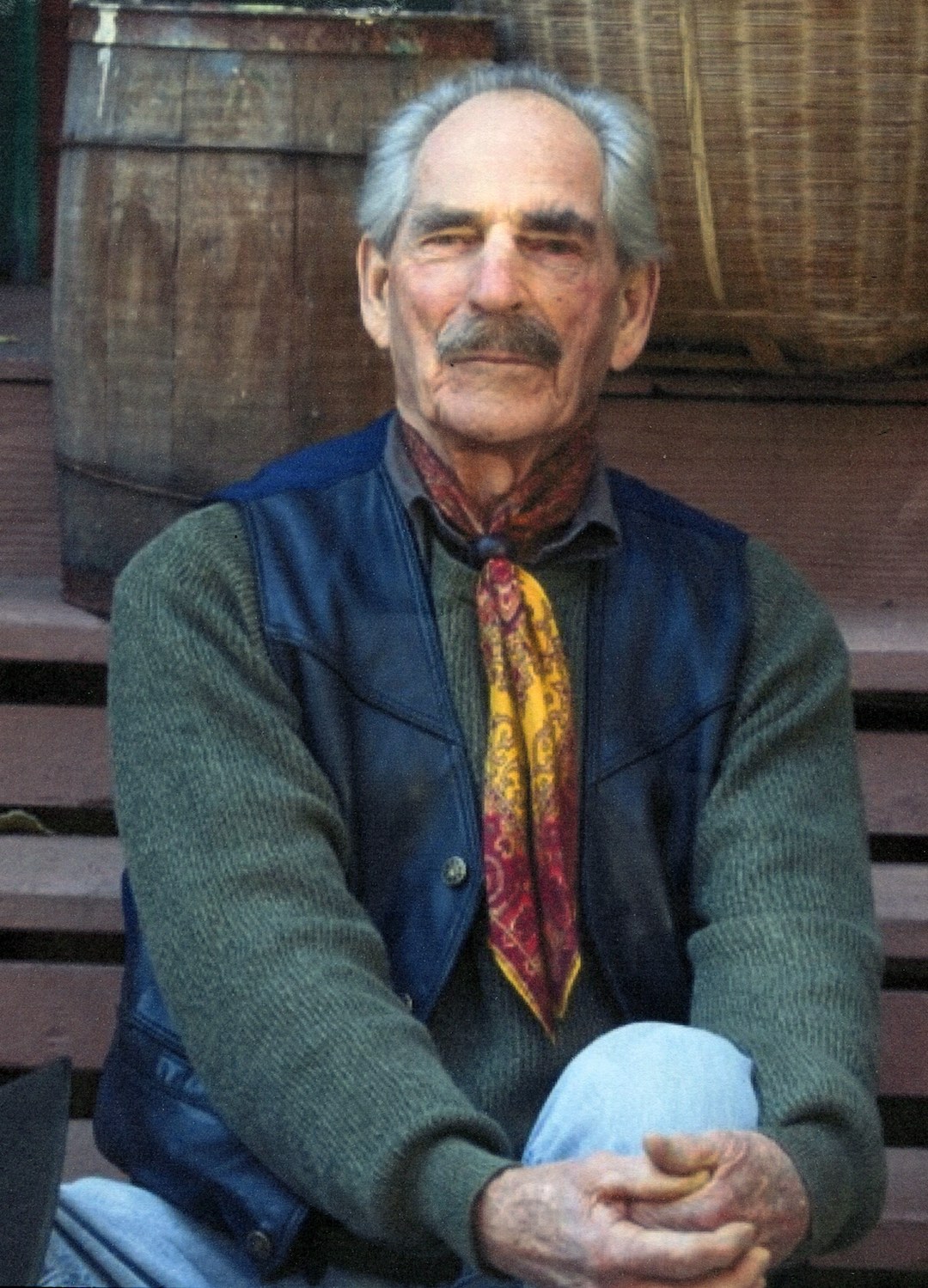 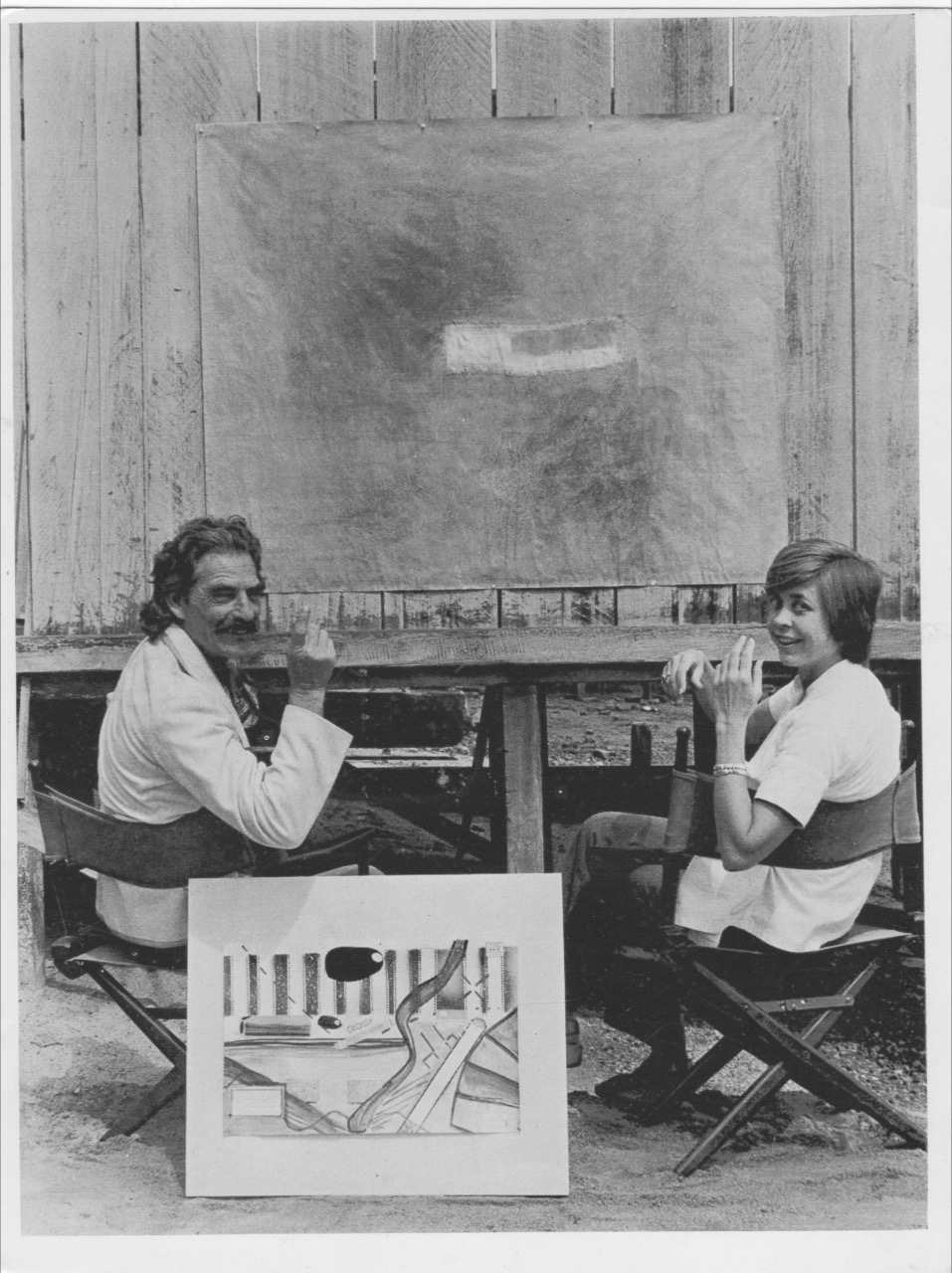 When I think about Andrew as friend and fellow artist, I remember two trips we went on together. In 1980 we were both in an exhibition at the Richard DeMarco Gallery in Edinburgh. Andrew and Inez Storer, and I with my husband Joe, went to Scotland for the exhibition. Andrew showed paintings and photographs. A sentence about Andrew’s work from the show’s catalogue by Susan Moulton of San Jose State U. struck me: “the seemingly simple first impression reveals a sophisticated compositional awareness that acknowledges earlier photographic tradition but which transcends and transforms it.”

The second trip we went on together was to Leningrad, (now St. Petersburg), for a Gallery Route One exhibition exchange project in 1990. It was Andrew’s first time there, and it was during Glasnost, the opening of their political system. Andrew made connections there which lasted the rest of his life. For all of us, the trip provided an eye-opening experience of a very different culture in the midst of profound change.

Returning to Susan Moulton’s catalogue piece, the words “simplicity” and “sophistication” come back to mind as a description of Andrew himself. The words describe a true prince who was a wonderful artist as well as a friend, and so I have always thought of him.

I think of Andrew a lot. I loved his company and so did my dog, Rosebud. Andrew was a real gentleman and fun and easy-going and really artful. I enjoyed looking for mushrooms, or making shrink art with him. I liked drawing him, too because was a great looking guy.

One of the things that Andrew really loved was getting a treat and just sticking his hand down and letting Rosebud, grab it out of his hand. He thought it was so funny and he was the only one I allowed to do that because he was special. He’s missed. I think of Andrew a lot. I loved his company and so did my dog Rosebud. He was a real gentleman and fun

In 1990 GRO members held exchange exhibitions with a group of unofficial artists of Leningrad (now St. Petersburg). Andrew joined some GRO artists traveling to Leningrad, for the GRO exhibit. When they returned, I was amazed to learn that Andrew had never before been to Russia. When I asked him about his experience there, he told me — with astonishment still in his voice, “Zea, people got down on their knees and kissed the sidewalk in front of me.” 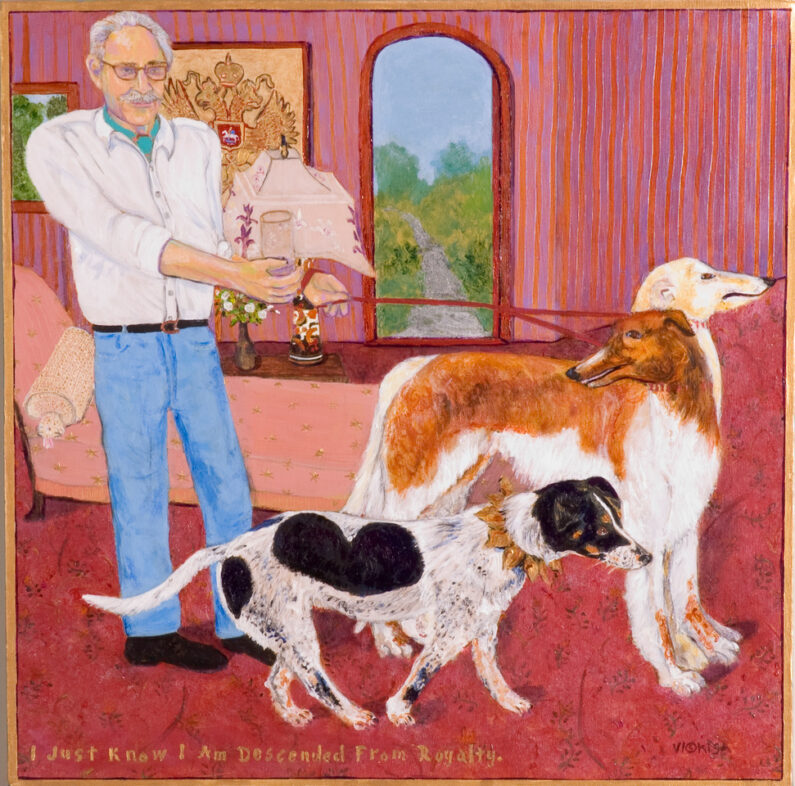 Andrew Romanoff – I Just Know I Am Descended from Royalty 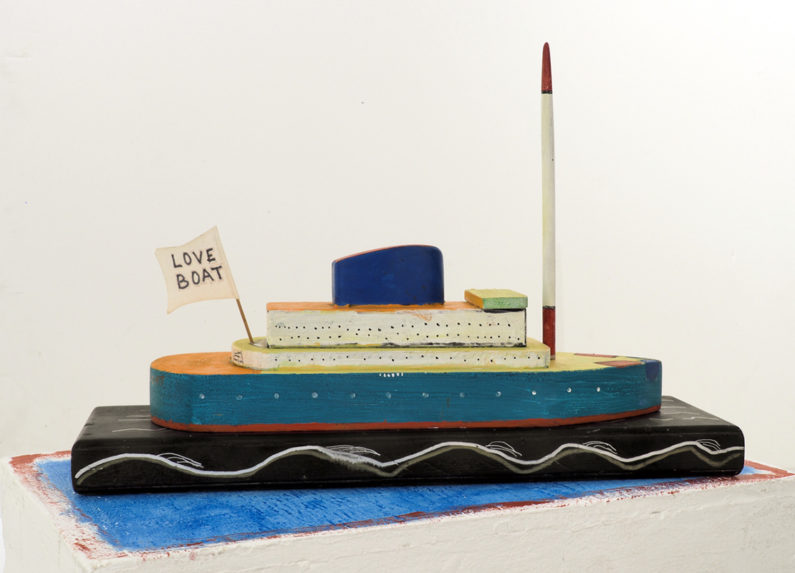 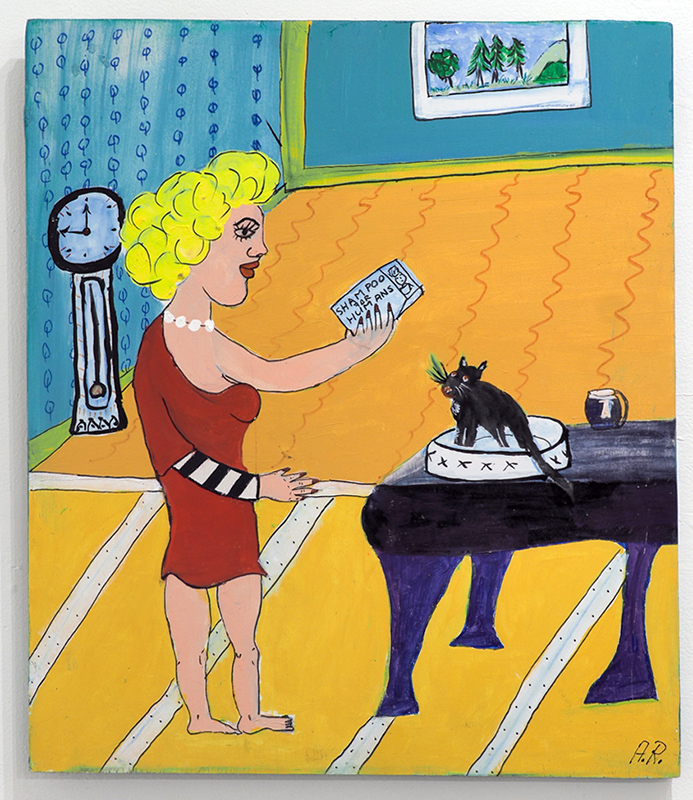 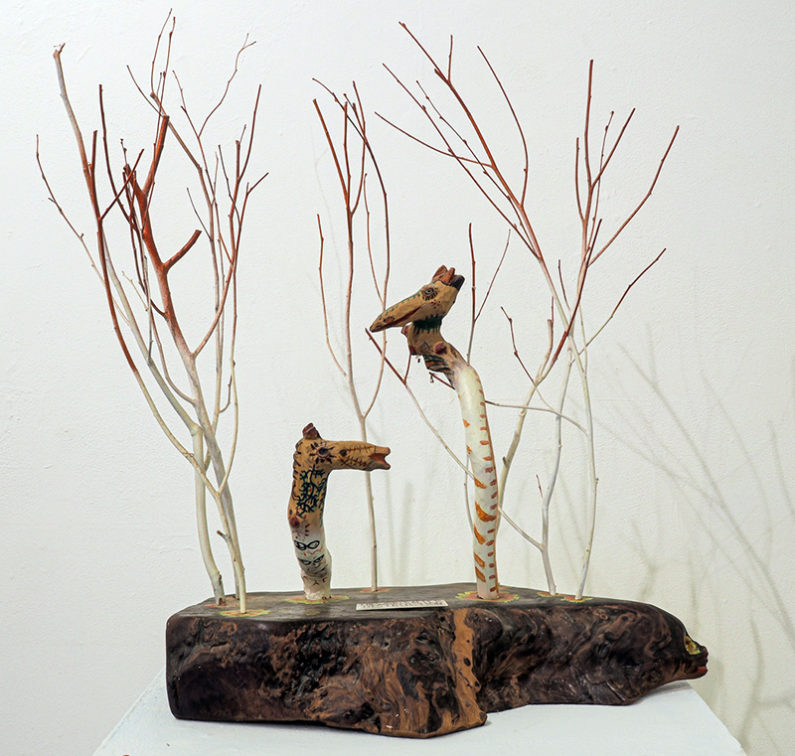 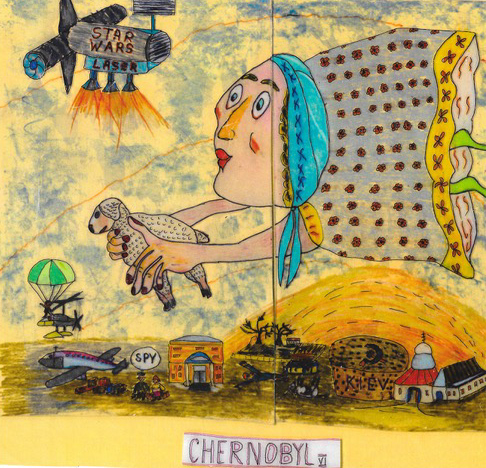 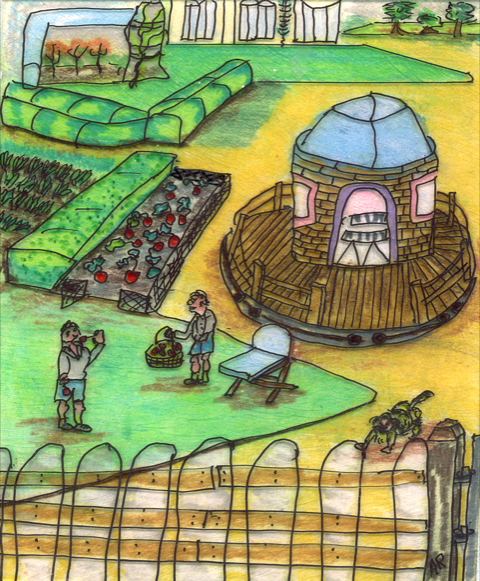 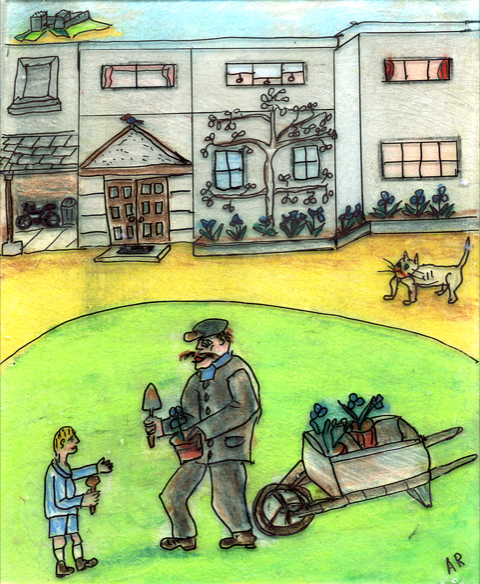 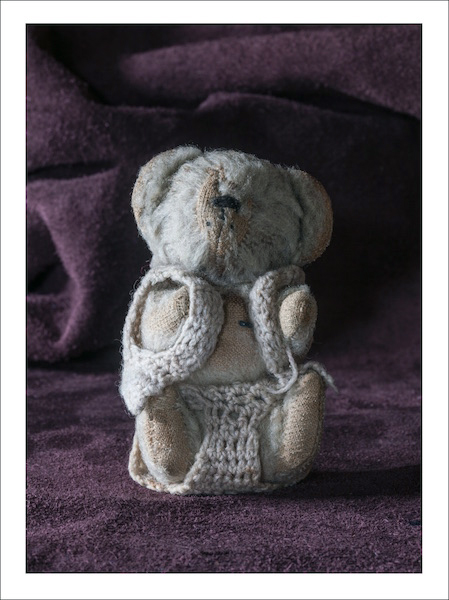 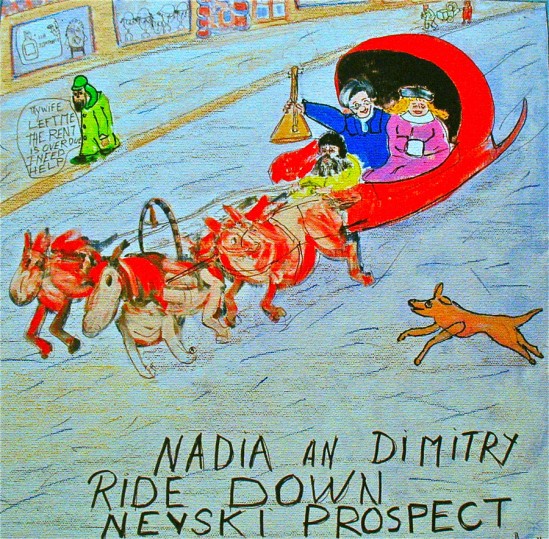 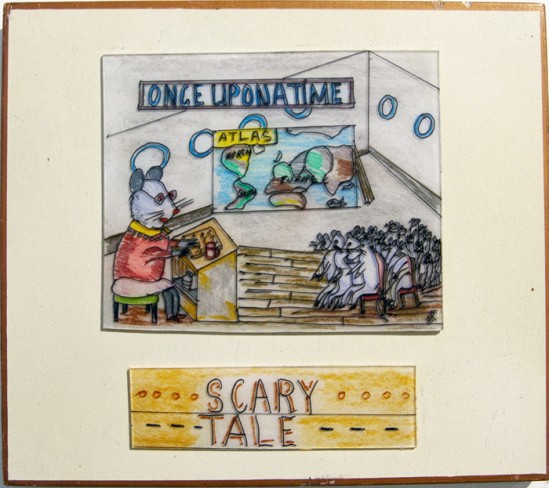 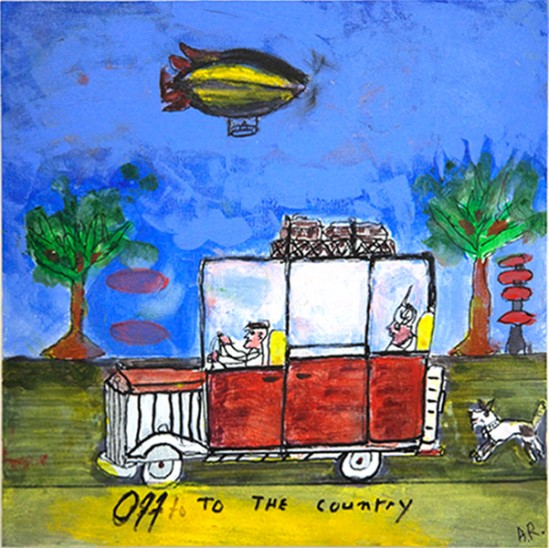 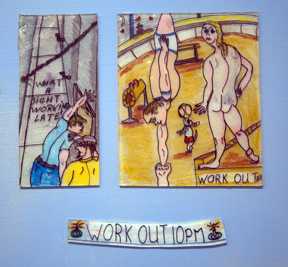 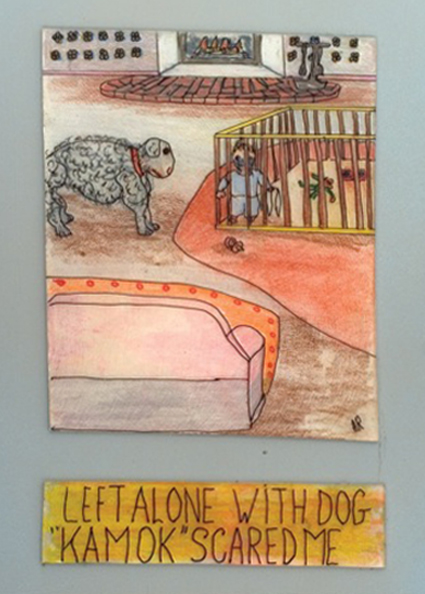 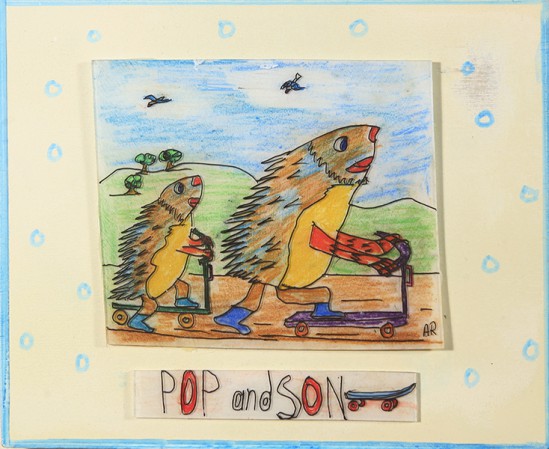 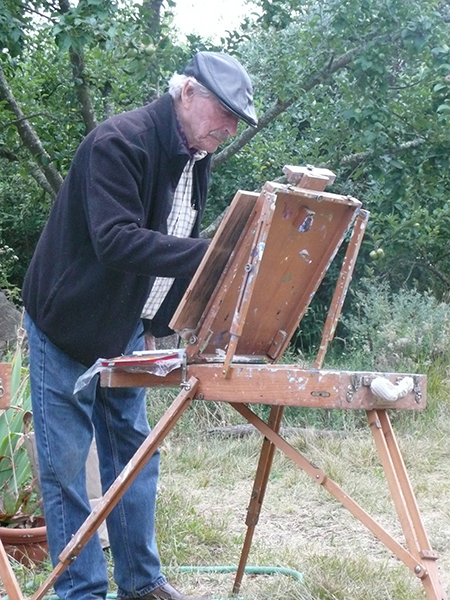 Andrew Romanoff at the easel 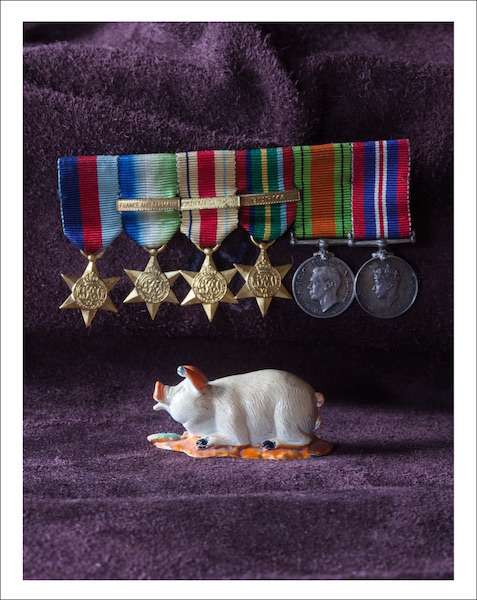 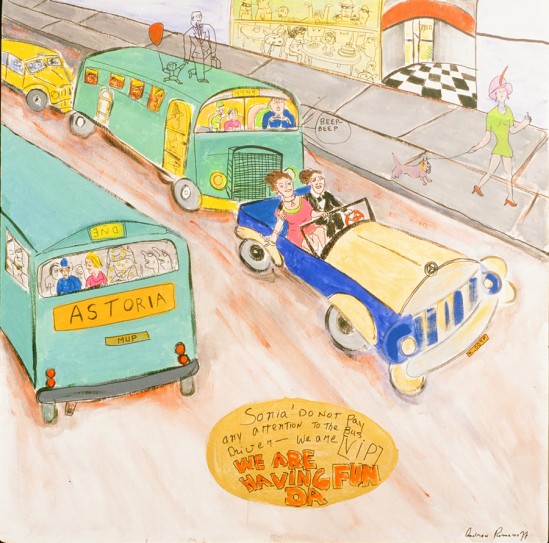 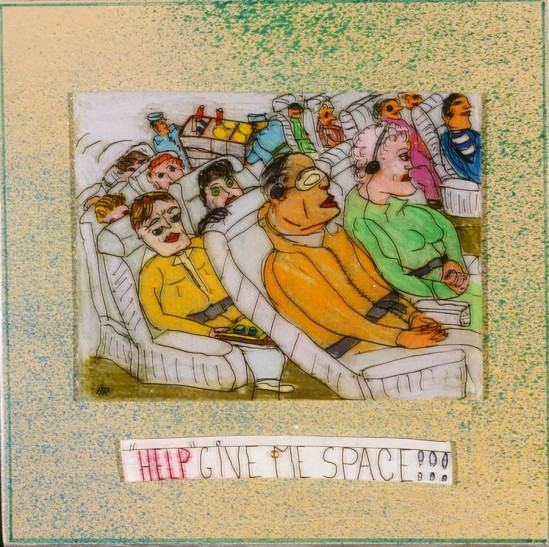 Andrew Romanoff – Give Me Space – shrink art on wood panel 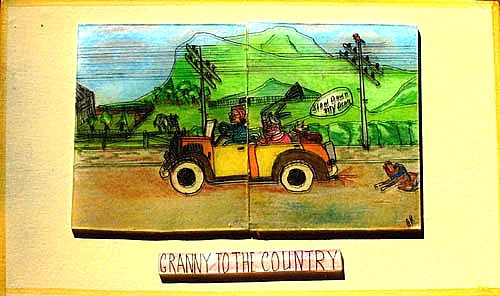 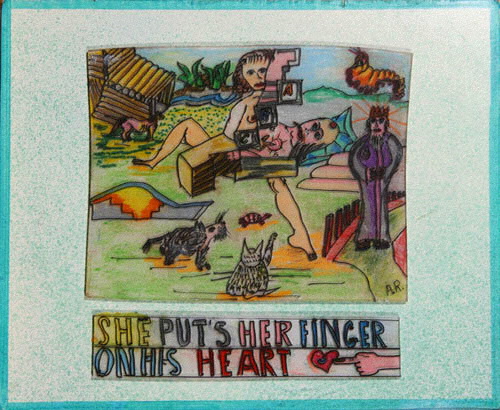 Andrew Romanoff – On His Heart – 6x7in 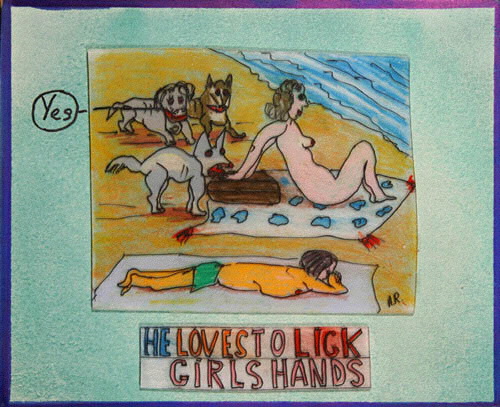 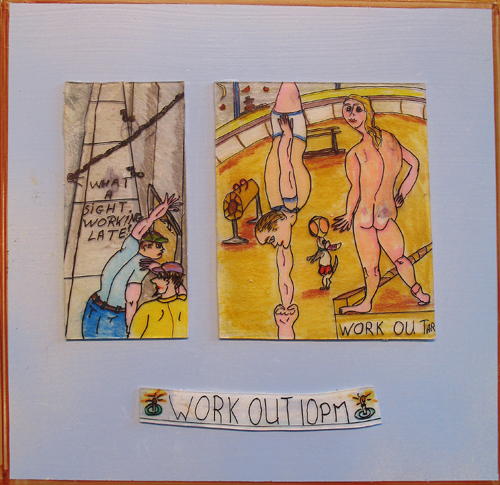 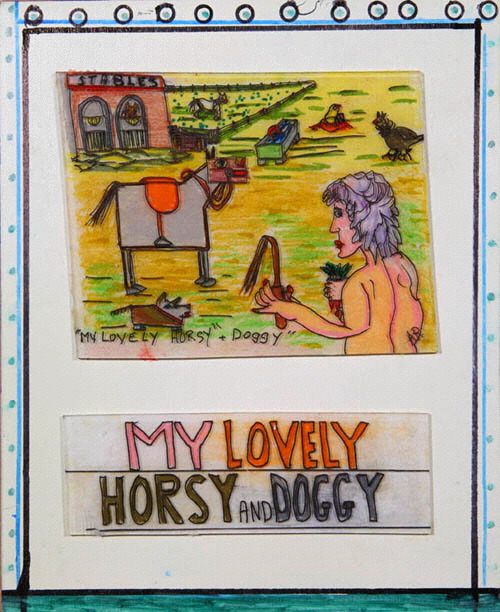 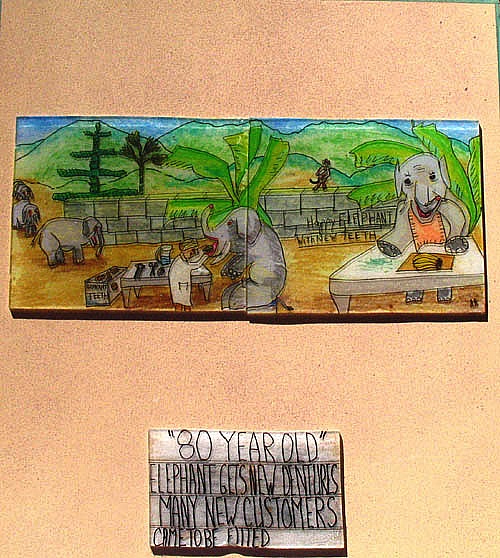 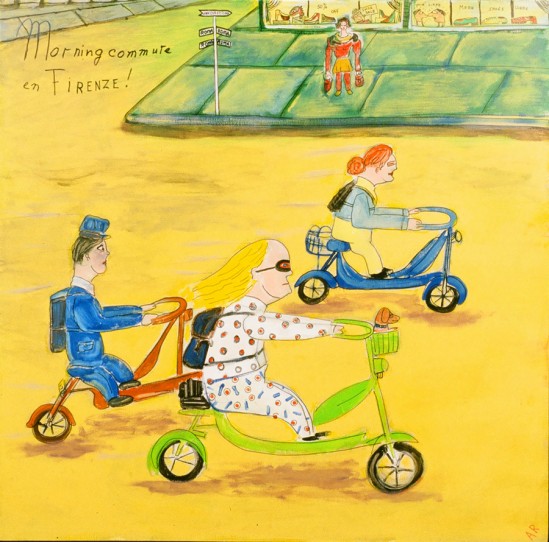