Gallery Route One welcomes three new artist members: Isis Hockenos, Xander Weaver-Scull and Joe Fox. Isis is GRO’s Emerging Fellow during 2016-2017, and exhibited in the Annex last December in a show titled “She Said She Said.” Isis also organized Rhizosphere, an all-West Marin artist exhibition at the Midway in San Francisco in 2017. Xander exhibited with Marie-Luise Klotz in Disappearing Act, Our Role in Species Extinction, a two person “With the Earth” series show in the Project Space in 2015. Joe Fox exhibited in the Project Space and is now Coordinator for Gallery Route One’s Artists in the Schools program. 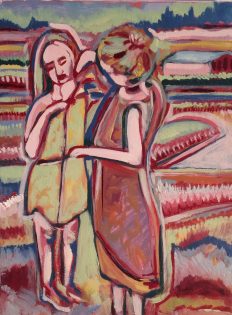