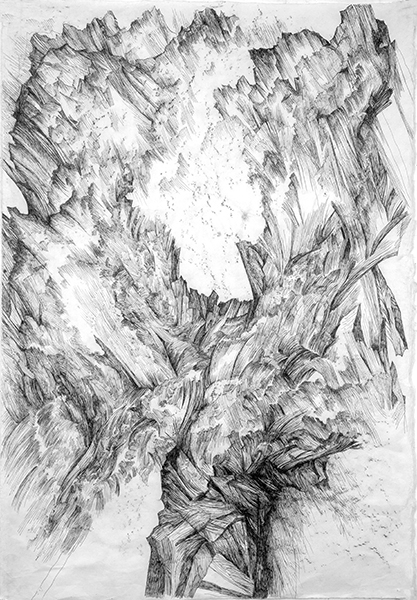 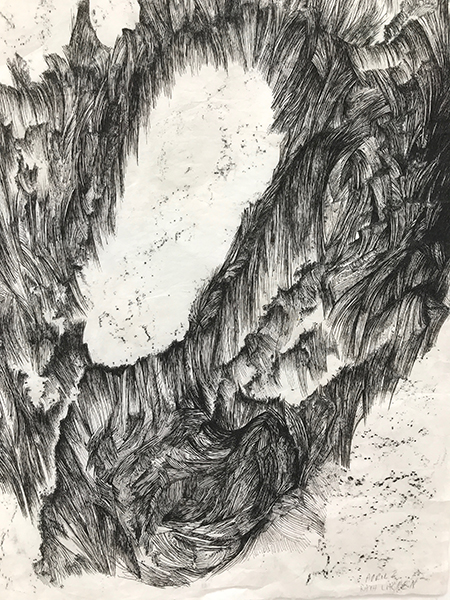 Drawing can be both an inward and a purposeful practice. But I want to get away from specific purpose, so I start off with random marks. A graphite frottage captures the rough surface of a rock onto paper. I then approach the paper, pen in hand. And each time it’s an open question … what mark will I make? Sometimes I pursue an idea; sometimes the mark is accidental; sometimes it’s an automatic gesture. Eventually an image begins to form. I am trying not to be attached, to just let something evolve there on the paper. I might recognize it later. I’m not sure what to expect. One day –– it could be months later, the image I’m working on, that has been gradually forming, will suddenly show me its meaning. That’s what I wait for. 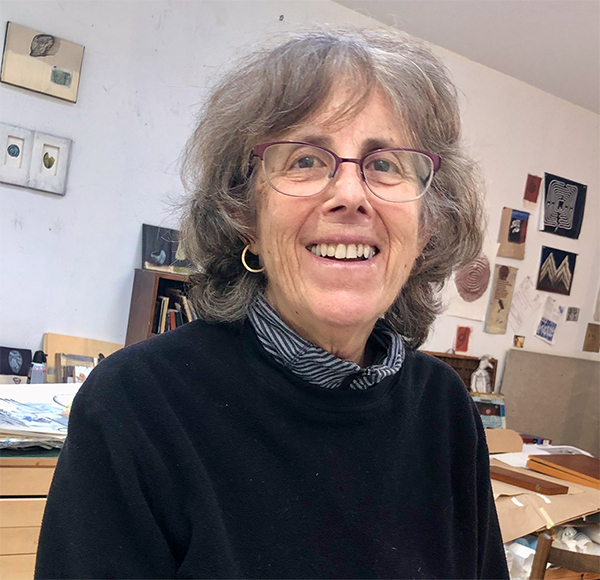